Jerry Stenger has been named the new head custodian for Kearney School District. Stenger is currently the head custodian at Kearney Junior High School where he has served for the past two years.

Stenger’s career background displays his dedication in a supervisory position. While working in the manufacturing profession for the past 40 years he was a supervisor for more than 20 years of his career. He has worked alongside OSHA for best safety and work practices in light manufacturing.

“It is my belief that being a positive role model and showing individuals that you care, can make all the difference in the morale and overall attitude of any work environment,” Stenger stated.

Stenger will begin his new role in July. He is replacing Jim Bobrich who announced his retirement after serving the school district for 14 years. 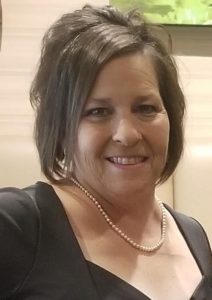 Holly Wilmes has been named the new Kids Club Director for Kearney School District. Wilmes has extensive background in early education leadership roles. She is currently the Director of Early Childhood Services with Easterseals Midwest.

Wilmes worked for the Maryville School District as their Parents as Teacher Coordinator. After her time with the school district, she entered the role of Education Coordinator for The Family Conservancy where she served for 5 years before accepting her role with Easterseals where she has worked for the past 9 years.

Wilmes is currently a Certified Family Life Educator through The National Council on Family Relations (NCFR). She also led a pilot program at Easterseals Midwest with Crittenton Children’s Hospital where staff members were all trained in Trauma Smart Care. She led Family Conservancy in their development of a childcare partnership to provide Early Head Start/Head Start at Easterseals MIdwest.

“I am truly excited to be part of the Kearney team. We have lived here for 14 years,” stated Wilmes. “I have 2 children that have graduated from the Kearney School District and one currently attending. A new job is like a blank book- you get to start out fresh with great ideas.”

Wilmes will begin her new role in July. She is replace Ann Stover-Wyatt who announced her retirement after serving the school district for 22 years.